The purpose of the MMHA is the preservation of the historical heritage of the White Lake area and the surrounding area there of as well as world wide properties.  This heritage contains artifacts in all visual forms through papers and pictures and items.

It is our goal to establish a central repository for the collection and to publicly display them at the established location as may be practicable and do so for the enjoyment and edification of all.

The Fulfillment of the Purpose

December 23rd, 1964 the Museum was established and organized by eight people:

In 1965 items were first displayed in the old Masonic Temple on the corner of Water and Dowling St. in Montague.

The collection  increased and more room was needed.  On July 31st 1969 the museum was moved to the Montague Methodist Church building as they build a new sanctuary.  One dollar was paid for the old building and the City of Montague agreed to become owner of the building for the purpose of establishing the museum in a permanent home.  The Museum Association is owner of the items within as the City of Montague continues supporting and maintaining aspects of the property.

In 1973 the Montague Museum received the Michigan State Museum award as an outstanding local Historical Museum.

The Museum exists by the donations, either by finance, collectables, time, visitors to the museum, membership dues, the Township of White River, the Alcoa Corp, the City of Montague, and people like you. 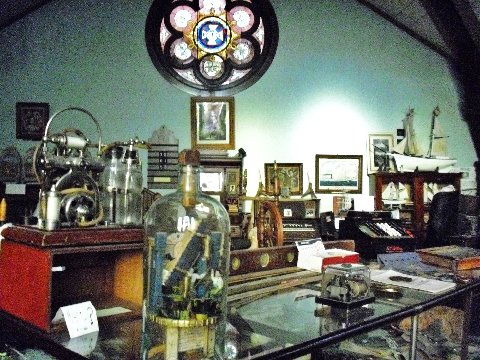